You’ve done some regular fishing during warmer times of the year, but now you’re ready to try something new. You’re about to hit the ice for the first time, and you want to make sure you’ve got the right kind of gear before heading out there.

Or maybe you’re a more experienced ice angler and you’re curious whether spinning reels or the newer inline reels work better on the ice.

Whatever your story, you’ve come to the right place!

In this article, we’ll compare and contrast inline and spinning reels, discussing the pros and cons of each as we help you discover which type of reel is best for ice fishing.

What is an Inline Reel? 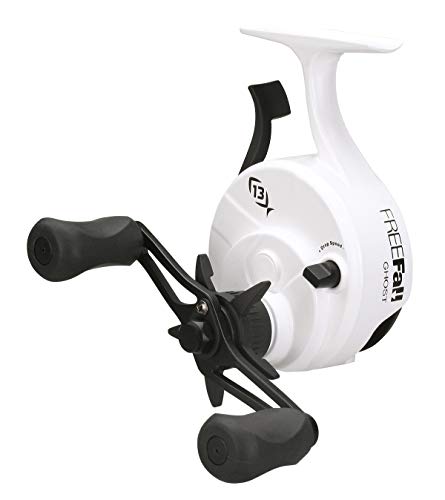 An inline reel is a type of fishing reel similar to a fly reel, but designed specifically for ice fishing. The line is wrapped onto the spool in such a way that it lays flat and doesn’t become twisted. This reduces line memory.

The main benefit of this is that you won’t have your bait spinning around in the water as the line untwists. Many anglers suggest that, if your bait is spinning, wary fish will avoid it. With that in mind, an inline reel may help you attract more fish because the untwisted line won’t cause any unnatural movements with your bait.

As mentioned, inline reels are designed for ice fishing; don’t freeze up as easily as some types of reels, and they are easy to thaw out when they do freeze.

Inline reels steadily drop your lines and lures into your ice holes without allowing any slack, so you can see if you get a bite while it’s on its way down.

Inline reels are a specialized type of reel. In general, they are great for many ice fishing scenarios, but overall, they have pretty limited uses.

Inline reels can be challenging to use if you’ve never used them before. They work well for catching panfish and are sometimes good for trout or walleye, but you won’t want to use them for catching large fish.

These reels have a retrieval ratio of 1:1 in most cases, which means the line only coils once for every turn of the handle. With some inline reels, this ratio improves to 2:1 or 3:1, but this is still not a great ratio compared to other types of reels–including spinning reels.

So, inline reels are good for some uses, but they are pretty limited and specialized.

What is a Spinning Reel? 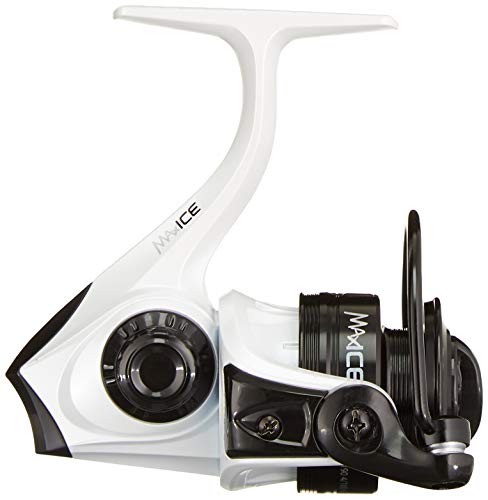 A spinning reel is a jack-of-all-trades type of reel; spinning reels are used for many different kinds of fishing, including ice fishing.

They are generally one of the easiest to use and most versatile reels; they make a good option for those just starting out, though even more experienced anglers sometimes use spinning reels as well.

These reels have fixed spools; the line is controlled by a metal arm that must be disengaged for casting. Line memory can be a problem with spinning reels, as the line does spin some.

Still, spinning reels have many pros; they can be used for fish of all sizes, in both deep and shallow water. They can be used by anyone of any experience level. They are generally cheaper than other types of reels as well.

Most spinning reels have a retrieval ratio of 5:1 to 7:1 so you can quickly cast and retrieve your lures.

When ice fishing, spinning reels may freeze in several spots and can take some time to unfreeze.

They must be cast by opening the bail and flicking the tip or by lowering the line by hand; if you’ve never used a spinning reel before, you may find it easier to cast an inline reel when ice fishing.

That said, if you’re already used to using a spinning reel, it may be easier for you to continue using it.

Versatility makes the spinning reel one of the most popular choices for ice fishing.

Inline Vs. Spinning Reels: Side by Side Comparison

Now that you know about each type of reel, let’s compare them against each other. We’ll look at criteria such as how each reel works, which one is easier to use, and more affordable. We’ll also discuss alternative reels you can use.

How Does Each Reel Work?

Inline reels work by dropping smoothly and efficiently into your ice hole. The line comes off the spool without twisting, so there is no slack as you cast and no spinning bait.

When you’ve caught something and are attempting to bring it in, the spool rotates one time for every turn of the handle. This is a slower and less efficient retrieval than many other kinds of reels provide.

The spinning reel is cast by hand or by flicking the rod tip. The metal arm of the spool must be disengaged before you cast. The line comes off quickly and easily, but does spin and twist a little. Spinning reels are easy to cast, though they may take some practice for ice fishing.

With spinning reels, the spool rotates more efficiently, sometimes up to seven rotations for each handle turn. This makes it easier to take up line quickly when you’ve caught something or need to retrieve your lure for whatever reason.

How Do You Use Each Reel?

Check out the following videos for a tutorial on how to use each type of reel. You’ll find it’s much easier to get a visual of the step-by-step process than to read about it.

How to Use Inline Ice Fishing Reels

Spinning Reel for Ice Fishing - Why Use Them

Which is More Affordable?

Inline reels are more specialized than spinning reels; as a result, they tend to cost more. They are made specifically for ice fishing in shallow water for small and medium panfish; because they are so specialized, many anglers, especially pros, prefer using them.

Spinning reels are the most common type of reel used for many types of fishing, including ice fishing. Because they are so commonly used, especially by beginners, they are generally the more inexpensive option.

Which One is Safer On the Ice?

Both reels are equally safe to use, though you have to know what you’re doing to use the inline reel effectively. 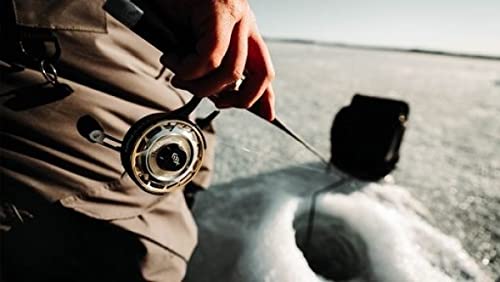 It is possible that the spinning reel will freeze, so you may have to spend extra time thawing it out throughout the day. For this reason, you may find yourself out in the cold longer than you would like, especially if the reel freezes up before you’re done for the day.

Again though, both reels are perfectly safe to use and both are good choices for ice fishing.

What are the Alternatives? 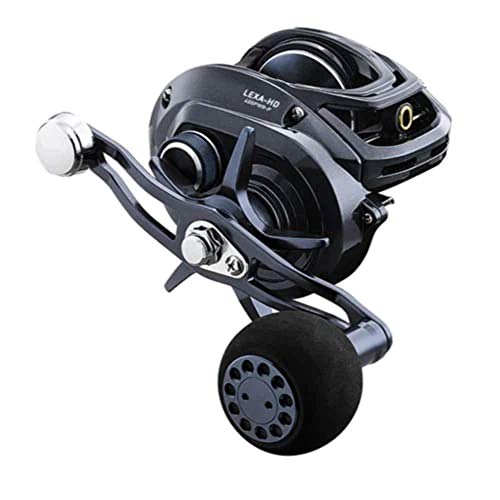 If you don’t want to use either a spinning or inline reel, the best alternative reel for ice fishing is the baitcasting reel, or baitcaster.

This type of reel can be used for catching larger fish than an inline reel can, and it will allow you to use a variety of different lures and lines that wouldn’t work so well with a spinning reel.

Baitcasters are considered more challenging to master than both spinning and inline reels, but with a little practice you will begin to get the hang of it.

As you can see, both inline reels and spinning reels have their place in ice fishing.

The spinning reel is cheaper and more versatile, but the inline reel is specifically designed to make your time on the ice easier. Whichever reel you choose, have a great time on the ice and stay safe out there!