When shopping for live bait, you want to get the best price possible for the largest amount of bait.

Minnows are typically sold by the pound, but what does that mean, exactly? How many minnows can you expect to get when you buy a pound of them?

Snippet: Minnows come in different types and sizes, so the amount you get in a pound varies. In general, you can expect to get anywhere from 50 to 250 minnows in a pound, though some are large enough that you may only get a couple dozen.

How Many Minnows Are in a Pound?

You’re trying to figure out how many minnows you’ll get the next time you buy a pound of them, but the answer may not be as simple as it seems. The numbers can vary based on a few different factors.

The type of minnow will play a significant role in how many you can expect to get in a pound. This is because different types of minnows come in a variety of different sizes.

Let’s take a closer look at some popular minnows used for ice fishing and how many you might get in a pound on average. 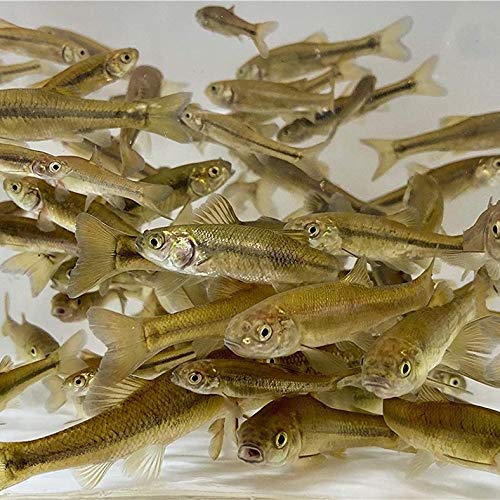 Fatheads are medium-sized minnows, with the larger ones growing to nearly 4 inches long. The largest fatheads weigh up to 0.24 ounces, and there are 16 ounces in a pound. 16 divided by 0.24 equals 66.67, which can be rounded up to 67.

So, you would get about 67 minnows of this size in a pound.

That said, most fatheads are much smaller. 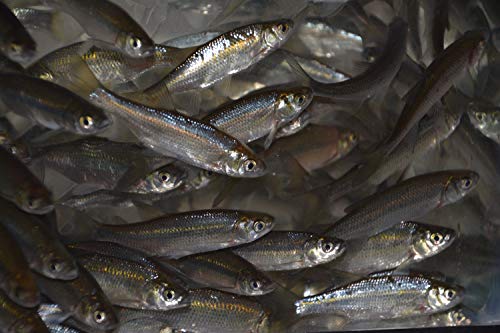 There are different types of shiner minnows that come in many different sizes, though they are generally considered to be some of the smaller minnows available as bait. The largest ones can grow up to 4 inches long, but most only grow 1 to 2 inches in size.

Once again, Anderson Minnows sells these baitfish for anywhere from 50 to 250 per pound depending on their size. If you would rather raise your own minnows, you can purchase a pound of golden shiner fry, which works out to about 250,000 of them.

Sucker minnows are generally on the larger size; the small ones are 3 to 4 inches, while the larger ones can grow as big as 20 inches long.

The number of suckers you get in a pound depends largely on the size of the suckers you’re buying. With the smaller suckers, you could get about 50 to 100 in a pound; and with the larger ones, you might only get a couple dozen.

Suckers are most often sold by the half-dozen, dozen, or two-dozen due to their generally larger size.

What Factors Determine How Many Minnows Are in a Pound?

As you can see from the above section, the number of minnows you get in a pound can vary greatly. Let’s take a closer look at some of the factors that can influence the minnow count.

Keeping these things in mind can help you predict how many minnows you’ll get the next time you shop for a pound of bait.

As mentioned above, different species of minnow come in different sizes.

As you might imagine, the weight of a two-inch minnow is going to be much less than that of a 20-inch minnow.

The time of year may affect the size of the minnows being sold; thus, the amount of minnows in a pound would vary.

This age difference would naturally affect how large the minnows are, which in turn would impact how many you would get in a pound.

The number of minnows in a pound depends on multiple factors, including the type of minnow, their size, and even the time of year you’re buying them.

Generally, you will get more minnows in a pound when buying younger, smaller minnows in the fall and winter.